Hannah Minzloff is a Dartmouth-based photographer and filmmaker who is using art to highlight positive aspects of the community.

The photographer is the creator of Portraits on Portland, a permanent exhibition at the Alderney Landing, in the Craig Gallery. The project was completed in 2011 as part of a series of four suites of community portraits in Nova Scotia including Dartmouth, Yarmouth, Antigonish and Sydney.

The portraits capture the essence of Portland through photos of local independent business owners.

Minzloff is originally from Saint-Bruno-de-Montarville, in the Montreal area. She started working on Portraits on Portland right after moving to Dartmouth in 2009.

“When we moved here, it coincided with a period of time when young people were opening up businesses on the main street, which is Portland and I found that really exciting,” said Minzloff.

Ten years after the beginning of the project, Portraits on Portland is still in exhibition for the public.

“New people see it all the time. It’s been an incredible tool for me to validate my art practice and to validate the work that I do and my presence in my community,” said Minzloff.

Portraits on Portland is one of the many projects Hannah Minzloff has done to showcase the positive aspects of the community.

She and her husband, John Hillis are co-founders of TrueFaux Films Inc., which according to its website, is dedicated in supporting people and organizations that make positive social and cultural change

“We’ve recently become certified as a B-corporation, which means a benefit corporation so instead of making a profit just to make a profit we exist to make money to live our lives but the greater goal is to do good with our work,” said Minzloff.

Their most recent project is the documentary Six Primrose. It focuses on the Dartmouth North Community Food Center and it premiered at Devour in Wolfville in October last year. The documentary is currently on a Canada cross country tour of community food centers.

“And we’ve just heard it’s being translated into Inuktitut so it will be screened in Iqaluit so that’s really fantastic news for us,” said Minzloff.

Hannah said she hopes the documentary can inspire people and motivate them to support other community food centers.

Currently Minzloff is working on Dementia, Dad and Me, a documentary about the filmmaker’s father, who has Lewy body dementia and Parkinson’s disease.

“It’s a documentary film and about how our relationship has changed and evolved over the last five years from father-daughter to caregiver and cared-for,” said Minzloff.

The filmmaker said presentations about the project have already been receiving a positive response of people who relate to her story.

“What our goal is moving forward is to make more impact films. Films that will really be helpful for the community and help to make change,” said Minzloff. 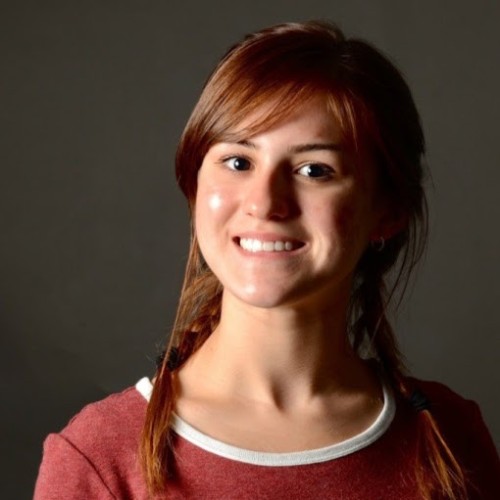 Clara Nishidahttps://claranishida.wixsite.com/portfolio
Clara is a Broadcast Journalism graduate from NSCC. She moved to Canada in 2015 from Brazil, where she was born and raised. Clara loves exploring our beautiful Dartmouth community and is excited to share this experience with Hello Dartmouth. You can find her on Twitter at @ClaraNishida
RELATED ARTICLES
people

Local writer explores his next chapter in life

A look at the Sonlife Dartmouth Shelter

We’re serious about the Dark Side! May the 4th and Revenge of the 5th be with you all

Come one, come all to Switch Dartmouth

Hello Dartmouth's purpose is not just to feature local events and stories, but to learn about what the people of Dartmouth are doing, and to be a voice for Dartmouth.