There’s a plot of land in downtown Dartmouth that’s steeped in heritage. Many of us pass by it each day, unaware of its importance. It’s where Pleasant Street meets Prince Albert Road and where the Starr Manufacturing Company made history.

“Even the king of Spain had a pair of gold Starr skates,” says Martin Jones, who wrote about Starr in his best selling book, Hockey’s Home.

It was the early 1860s, and there was a problem plaguing skaters in Dartmouth. Skates were crude blades on wooden frames. You had to strap them to your boots. They often came loose, and didn’t allow for much control when skating.

Young Starr employee, John Forbes, noticed the problem, and set out to fix it. Forbes joined forces with fellow employee, Thomas Bateman, and together they worked on a new design.

The pair came up with the Starr ACME Skate. Its revolutionary design automatically adjusted to fit your boot, giving skaters more control on the ice.

“They made it much easier to turn and skate faster, which resulted in the game of skating and hockey being much more popular amongst men and women.” says Jones.

Starr continued to innovate. The business grew. Offices opened up across the globe, and millions of skates were sold.

Jones says by the early 1900s Starr had sold over 19 million pairs of skates. He says in today’s numbers that would be equivalent to selling 70 million pairs.

The Dartmouth factory was heralded as the best skate factory in the world, producing the finest skates on the market. Both professional hockey players and amateurs used Starr skates.

“The Montreal world champions of 1902, 6 of 7 players wore the Star Skate,” says Jones.

Not only was Starr at the forefront of skate production, they also sold hockey sticks, carved by the Mi’kmaq people, which only added to Starr’s influence on the game of hockey.

Starr stopped producing skates in 1939, but continued to make lots of other historically important products, such as the gold gates at the entrance of Point Pleasant Park and parts for the Canadian railway.

There are fewer things as characteristically Canadian as hockey and skating, so it’s important to note Starr Manufacturing’s impact on our culture. They revolutionized the way skates were made and their innovations helped make ice-skating and hockey the sports they are today. 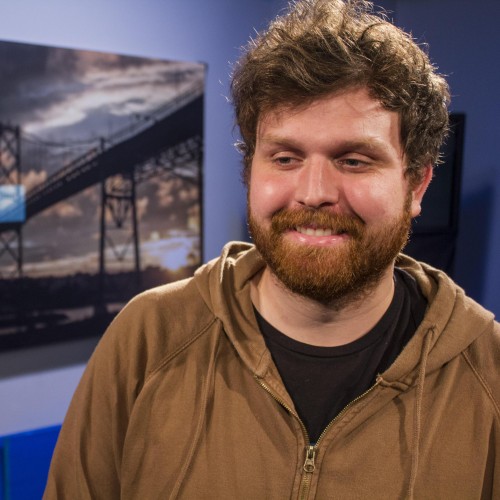 Graeme MacDougall
Graeme is a second year broadcast journalism student at NSCC. Being born and raised in Dartmouth, Graeme has a passion for telling stories about his hometown and celebrating the people, places and businesses that make Dartmouth, Nova Scotia unique.
RELATED ARTICLES
history

We’re serious about the Dark Side! May the 4th and Revenge of the 5th be with you all

Hello Dartmouth's purpose is not just to feature local events and stories, but to learn about what the people of Dartmouth are doing, and to be a voice for Dartmouth.